Cee-c is my friends, Peruzzi clears the air their relationship (Video) 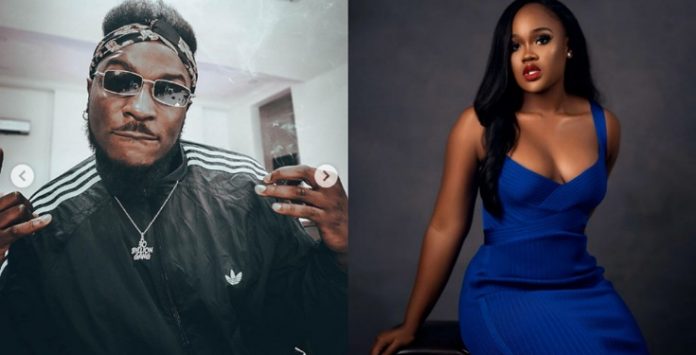 Cee-c is my friends, Peruzzi clears the air their relationship (Video).

Just a couple of months ago, DMW singer and songwriter Peruzzi Vibes and former BBNaija housemate, Ceec, were the topic of discussion on social media after they made many believe that they were the latest celebrity couple in the industry.

The speculation of a relationship between the two was driven further by Cee-c making a cameo appearance as Peruzzi’s love interest in the music video for Majesty.

This was followed by the two dotings on each other online, using endearing names and also sharing sneak peeks of their private video calls on social media.

Although they never confirmed if they were dating, they dropped enough hints to make their fans believe that a romantic relationship existed between them.

Fast forward to the present, Peruzzi has now made it clear that he never had any romantic relationship with the controversial reality star. Peruzzi made this known in the middle of an Instagram live video session with Hot FM Lagos.

According to Peruzzi, they only got involved because Cee-c featured on his video.

Peruzzi described Ceec as his “guy.”

Watch the clip below by Peruzzi: