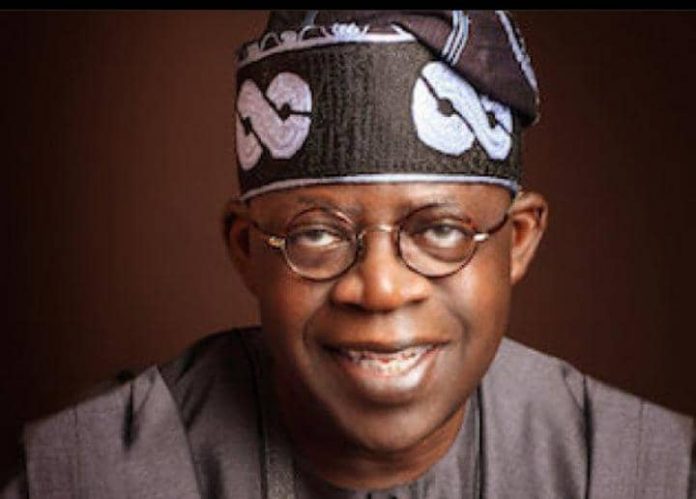 Bola Tinubu’s health, a veteran of the ruling All Progressives Congress (APC), is a hot topic in the run-up to the 2023 general elections.

Despite the fact that the former Lagos Governor has yet to openly proclaim his intention to run for president, his ambition is undeniable.

Tinubu was supposed to run with then-retired General Muhammadu Buhari after the APC was formed in 2013, Despite warnings against Muslim/Muslim tickets, this was dropped.

Due to the adamant resistance, a law professor, Yemi Osinbajo, was chosen as the running mate.

Tinubu nominated the Vice President, whom he appointed and kept as Lagos Attorney-General and Commissioner for Justice from 1999 to 2007.

The co-founder of the National Democratic Coalition (NADECO) has been in the United Kingdom for treatment since July. He endured another surgery, according to reports.

President Buhari paid a visit to Tinubu on Thursday before flying back to Nigeria after meeting with his physicians after the London conference.

Nigerians are suspicious of Buhari’s medical background, as well as that of a predecessor, the late Musa Yar’adua, Nigerians are scared of another “ill-informed” leader.

Opponents disagree with supporters of the Jagaban of Borgu, who claim he is fine and will be totally fit in time for elections.

They argue that meetings, rallies, and tours, among other things, necessitate physical strength, and advise the Senator of the Third Republic to relax and continue as a kingmaker.

A clergyman, Gabriel Evans, claimed this week that certain powerful Nigerians are “ganging up” on Tinubu and want him dead.

The leader of His Majesty’s Evangelical Ministry bemoaned the fact that “personal ambition” had blinded the politicians.

“They forgot he was a monopolistic, undemocratic individual when he chose them above others. They’re now painting him in a negative light. “They’re hoping for his death…that he doesn’t return to Nigeria,” Evans explained.

Bode George, a vociferous opponent, is unconvinced by Tinubu’s supporters’ arguments. He recently stated that those who are rooting for him to succeed Buhari should think twice.

In an interview with Arise TV, the People’s Democratic Party (PDP) leader promised to renounce his citizenship if the APC leader is elected president.

Tinubu “appropriated the funds of this state,” George said, accusing him of using Alpha Beta “to steal the treasury of Lagos.”

“Is it the type of man for the job, for God’s sake?” Who is the most qualified person to lead Nigeria? If that happens, I’ll do all in my power to resign my citizenship,” he said.

Tinubu, on the other hand, is credited by David Setonji, Chairman of the Lagos House of Assembly Committee on Information and Security, with fostering “real federalism and constitutional progress.”

In an article on why he should contest, Setonji said Tinubu “planned, plotted, co-hatched the biggest and most successful political coalition of all times in Africa – APC” and “qualifies to be called the doyen of democracy in Nigeria”.

He called the politician a “financial strategist and accomplished political administrator”, who will deliver because the country “is begging to bolt free towards its rightful place as the pride of the black race”.

The lawmaker opined that the presidential campaign would be the political death of anyone who has not got the plan, the preparation, the stamina, and the fundraising capacity.

“Tinubu has extensive connections stretching across decades…It is in the interest of the South to give the opportunity to the man who not only has paid the right dues but has the mettle and throttle to prevail at the polls.”

As the discussion over Asiwaju’s ambition rages on, his supporters are considering other options. If his energy wanes, one of the cards, according to KINGSNAIJA, instructs him to anoint a candidate.

Inner circle members and support organizations are waiting to hear from Tinubu on the next round of actions, with the 2023 struggle expected to begin in January 2022.

In the last ten months, the former governor has left Nigeria three times, mostly for medical reasons. He is scheduled to arrive in Nigeria by the end of August.