Cynthia Morgan speaks on losing everything she had to Jude Okoye 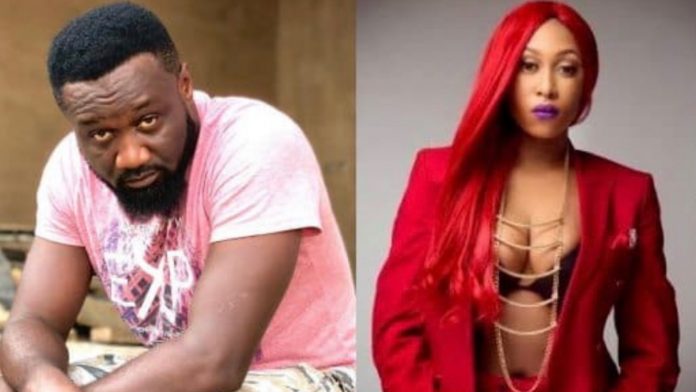 Cynthia Morgan speaks on losing  everything she had to Jude Okoye

Cynthia Morgan went on live chat on instagram with the former miss Globe Nigeria, Cassandra by name speaking on her dispute with the CEO of the former record label NORTHSIDE RECORDS Mr Jude Okoye

In an interview on instagram live chat, she said how she went through hell in the hands of Jude Okoye and how she could have fought back because she had a lot of dirt on him but decided at that time that it wasn’t necessary .

Due to a health challenge which she was passing through, Cynthia Morgan decided to relocate to Benin in other to save cost of treatment on her health issues which almost took his life.

Cynthia Morgan also disclosed that some of her colleagues in the music industry called her but she didn’t say anything because it was all about work and which she wasn’t ready for.

I have forgiven my ex-husband says Tonto Dikeh The Nigerian actress, Tonto Dikeh  in an interview with journalist, Dele Momodu...
Read more
CELEB

Ex BBNAIJA housemate, Uriel needs an advise on owning a cat in Nigeria-Photos

Time for Today Nomination in BBNaija 2020. Watch the nomination show Live as it happens in the BBNaija Lockdown. The...
Read more

The two housemates evicted in the 2nd BBNaija lockdown eviction

Housemates up for 2nd eviction in BBNaija lockdown house (video)