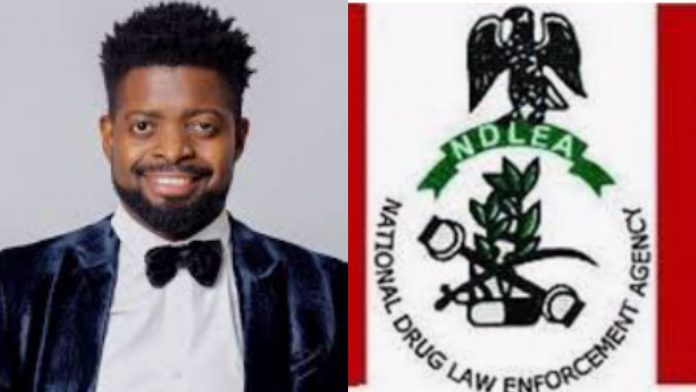 Degeneral was arrested on Wednesday after the NDLEA stormed his residence and found Tramadol 15kg and other drugs.

Reacting, Basketmouth, in a video on his Instagram story, said although he’s not in support of flung drugs, NDLEA wasted taxpayers money by arresting Degeneral.

According to him, the NDLEA should be ashamed as there are culprits with larger quantities of drugs in the country.

The comedian noted that these drugs used by youths are therapeutic in order to live in Nigeria with bad headlines every day.

Basketmouth said: “When I saw the news I thought NDLEA saw like 300kg of drugs in the comedian’s house or he’ll be a drug dealer but I saw just a small quantity that can just roll two or three sticks.

“I’m thinking how the NDLEA feel after the raid, you should have small shame you know people carrying weed in large quantities.

“We have bigger problems to worry about, these boys need those things to smoke because headlines in Nigeria recently can make you take cocaine. This country you need it to normalize yourself.

“All these things the boys are doing is therapeutic. I’m not supporting the use of marijuana but I’m saying you guys are wasting taxpayers’ money to arrest the likes of Degeneral with small ‘Igbo’.”