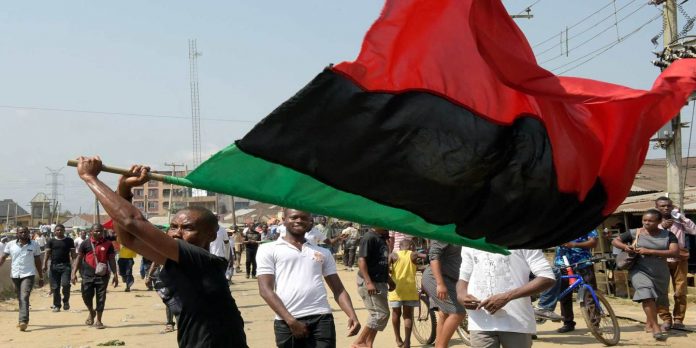 Indigenous People of Biafra, IPOB, Directorate of States, DOS, has suspended the every Monday sit-at-home order.

IPOB had ordered its followers and people of the Southeast to sit-at-home every Monday.

The move was aimed at prevailing on the Federal Government to release its leader, Nnamdi Kanu.

However, IPOB’s Head of DOS, Chika Edoziem announced the suspension of the action.

Edoziem said the sit-at-home would be declared whenever Kanu will be making appearance in court and not every Monday as earlier directed by the body.

Speaking on their radio programme on Friday, Edoziem said:

“I wish to announce this very evening, that as directed by the highest command of this noble movement, our Monday Ghost Town or sit-at-home in Biafra land, stands suspended for now.

”The weekly sit-at-home stands suspended, which means in the coming Monday, there will be no Ghost Town in Biafraland.

“Our sit-at-home will be on each court date when our leader, Onye Ndu Mazi Nnamdi Kanu will be appearing in court.”

Stay connected for the latest IPOB news and updates on Nnamdi Kanu.