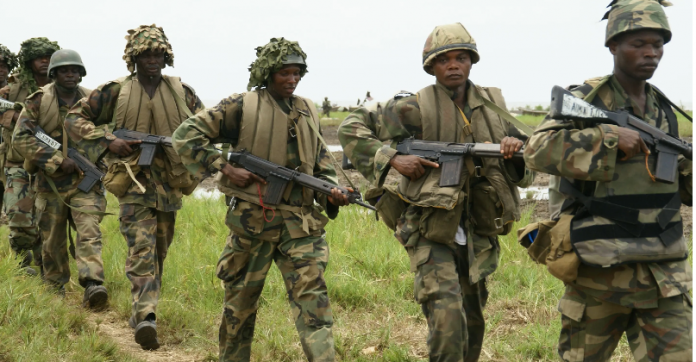 Nigerian soldiers eliminates bandits in Kaduna after attack on troops. The Air Component of Operation Thunder Strike has killed scores of bandits in their camp at Kuduru Forest area of Kaduna State.

The Coordinator, Defence Media Operations, Major General John Enenche, gave details of the raid in a statement on Sunday.

The spokesman said intelligence indicated that a group of bandits had launched an attack on troops from the forest.

Intelligence, Surveillance and Reconnaissance (ISR) missions led to the identification of the camp.

The Police advanced from Sarkin Pawa through Tawali towards Kofa area. “The attack aircraft engaged the bandits at the objective, ahead of the ground forces, while the ISR aircraft provided situational awareness throughout the operation,” Enenche added