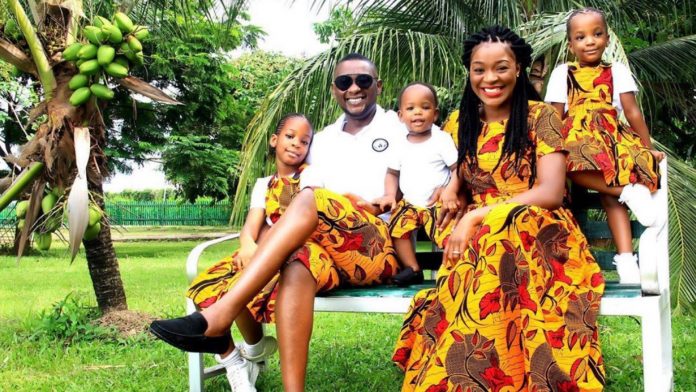 A Nollywood Actress ChaCha Eke Faani celebrates her 7th wedding Anniversary today being 1st of June, she shares her  wedding anniversary pictures with her adorable kids on social media .

Callback, ChaCha tied the holy matrimony knot with her heartrob on the 1st of June 2013, which some actresses and actors attended .

ChaCha and her heartbeat Mr Austin Faani have so far given birth to three beautiful kids, two daughters and a son.

7 years ago when Tino asked me to become his wife, I laughed so hard I thought he was kidding. Well , 7years and 3children later, I’m still laughing and he clearly wasn’t kidding😀😍