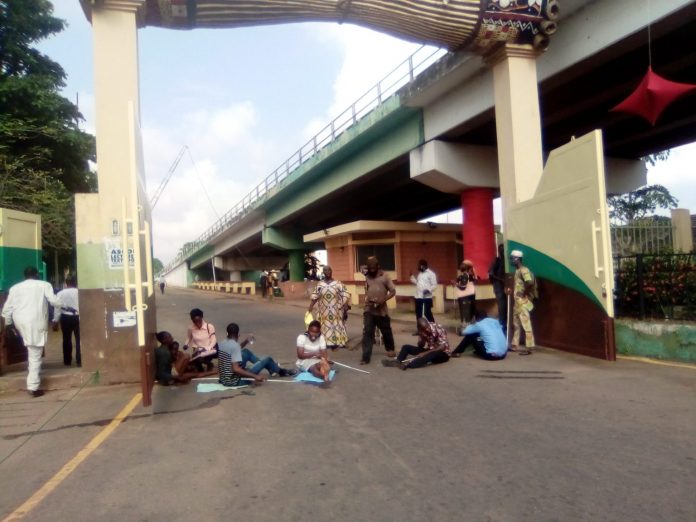 Scores of physically challenged persons across the 33 Local Government Areas of Oyo State are currently blocking the roads that lead to the State Government Secretariat in Ibadan.

KINGS NAIJA correspondent reports that the protesters are currently occupying the main entrance of the Secretariat.

The protest has caused heavy gridlock along the Agodi-government Secretariat.

The protesters are demanding more slots in the non-teaching arm of the Oyo State Teaching Service Commission (TESCOM).

The protesters alleged that they applied as non-teaching staff of TESCOM but some of them were disqualified.

It was gathered that only 149 physically challenged persons were shortlisted.

Our correspondent observed that security agents among whom are police, DSS, Amotekun Corps and NSCDS have been drafted to the main gate of the Secretariat to prevent break down of law and order.

One of the protesters, Adegbuyi Adekunle appealed to Makinde to intervene.

He said, “We are protesting because of the TESCOM appointment, the non-teaching job.

“Most of our people were not given the appointment. Instead of giving to our people, the disabled, the able people have taken over.