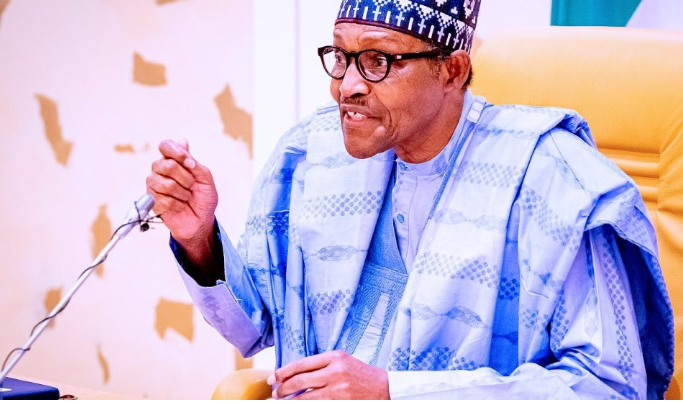 President Muhammadu Buhari is unconcerned with the condemnations trailing the invasion of Sunday Igboho’s home.

On July 1, the Department of State Services (DSS) stormed the Soka residence of the Yoruba agitator in Ibadan, the Oyo capital.

Two of his associates were killed and thirteen arrested. The secret service later displayed weapons, charms and other items confiscated.

On Monday, Southern Governors said they were opposed to significant security operations without prior notification.

In his reaction, a legal luminary, Femi Falana (SAN), declared that the midnight raid was illegal.

The human rights activist said, “a situation where nocturnal arrests are made as if you are planning a coup” is unacceptable.

Nobel Laureate Prof. Wole Soyinka expressed shock that Igboho is being treated like a criminal.

The literary giant told the government to apologize to the secessionist and said if Igboho faces trial, the federal government “will be very embarrassed.”

In his response through spokesman Garba Shehu, Buhari confirmed he is unflustered.

The President praised security agencies for the operations against Nnamdi Kanu and Igboho.

Igboho was described as an individual “who has also been conducting acts of terror and disturbing the peace under the guise of protecting fellow kinsmen.”

Noting that the government respects than fundamental rights of citizens to express their views, Shehu stated that Igboho’s utterances and antics have morphed into hate speeches.

The presidency accused him of attempting to build an armoury and planning to either undermine the unity of Nigeria.

“Assault weapons are not tools of peace loving people and as such, regardless of who they are and where they are from, the Security Agencies should treat them all the same,”.