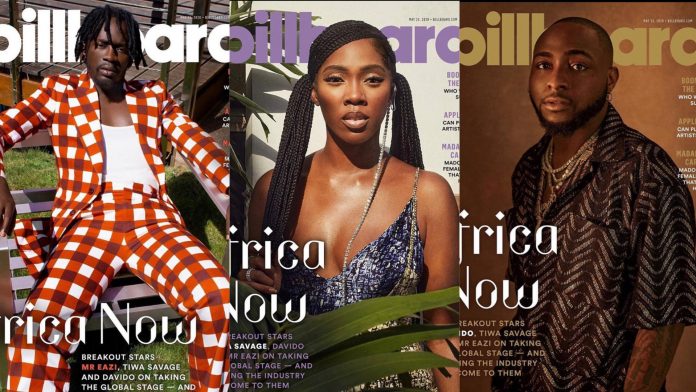 The three popular celebrities appear in the cover of @billboard

Celebrities and singers Tiwa Savage, Davido and Me Eazi appeared in the cover page of @billboard.

Tiwa Savage said she is so proud to be an African woman right now with her celebrity brothers Davido and Mr Eazi.

Davido took to his IG page saying that “the forces that unite them are intrinsic and greater than the superimposed influences that kept them apart. He also said That Nigeria must unite! I dreamt of this shit “