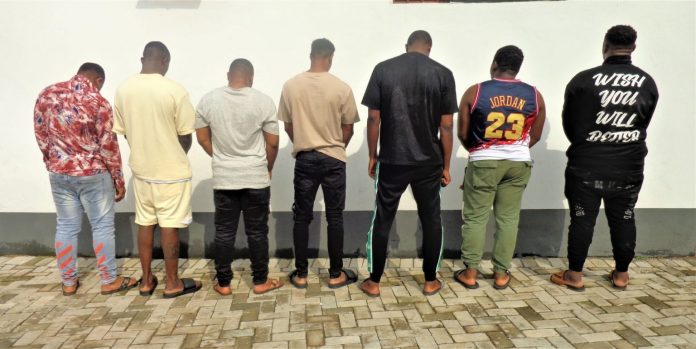 Twenty-nine were apprehended in Awka, the Anambra capital, while thirteen were arrested in Enugu.

At the time of arrest, laptops, several phones and nine cars/SUVs were recovered.

The EFCC added that the suspects will be charged to court after investigations are concluded.

Stay connected as we give you full report as it unfolds from our news desk.