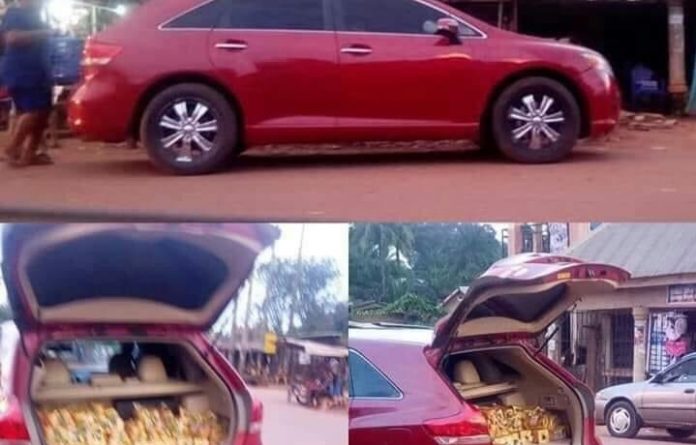 A viral photo of an Igbo man using Toyota Venza to sell bread as sends reactions to the internet on a popular Igboist group.

The rival photo is a red Toyota Venza packed full with bread and open for distribution to customers in Anambra state.

Photo of Toyota Venza with the bread:

In a mixed reactions from the popular Igbo group on Facebook, lots of people were amazed, other felt it’s not something new that some other developed countries uses costly Mercedes Benz for taxi services.

Lady reportedly sleeps with 300 men in 5 months to acquire a Lexus car and an iPhone. Lady had...
Read more
VIRAL

Amputee Hawker who went Viral for selling Water despite her Condition transforms into a Beauty for 27th Birthday. Recently...
Read more