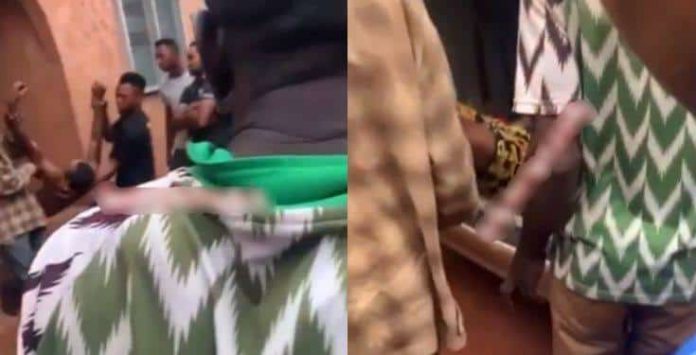 Man hangs himself with a towel in Edo State (VIDEO).

Man from Edo State who is a butcher in Ekpoma, has thrown residents into a state of mourning after he reportedly committed suicide in his home.

Peter Uche, a middle-aged man allegedly hanged himself with a towel in his room in the early hours of today.

Residents found him dangling through his room’s window and he was subsequently rushed to the hospital where he was confirmed dead.

The reason behind his action remains unknown as some eye witnesses confirmed that he showed no signs of being depressed prior to his death.

Watch the moment the mam’s body was brought out of the room;